The passenger total represents a 6.7 percent increase over the previous year when the airport served roughly 17.3 million passengers. 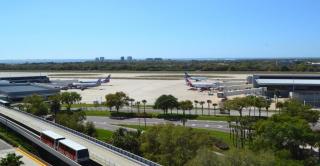 “This has been an exciting year for Tampa International Airport and the Tampa Bay community as we’ve worked together to make this one of the best years in airport history,” said airport CEO Joe Lopano. “The tremendous growth speaks volumes to what we can accomplish when we work as a team. The support of our Hillsborough County Aviation Authority Board, our community partners, our new and existing airlines and our local government leaders has been critical to Tampa International Airport’s success in 2015.”

Some of the key contributing factors to FY2015’s overall passenger growth: