Al Illustrato was a big-city kind of guy, a life-long New Yorker who was building a solid career working for the Long Island Railroad. But the first time he visited the Tampa Bay area, he knew right away his was where he belonged.

“It was this great family atmosphere,” he said. “I thought this would be a perfect place to raise the kids.” 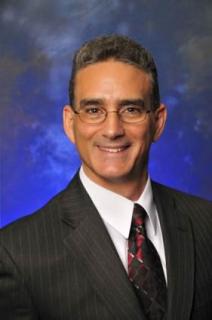 He had a solid career background in transportation. Besides his railroad job, he had worked in New York at the American Bureau of Shipping, and he had a degree in electrical engineering from the state University of New York Maritime College. After he fell in love with the Tampa Bay area, he started looking for work here, and saw an opening at the airport.

“I thought, ‘Oh, transportation, I can do that,’ ” he said. “But it turned out there were SO many applicants.”

Lots of people wanted to work at TPA, he found out. He didn’t get that first job he applied for, but he kept trying. He would take time to talk to airport officials when he was flying into TPA. Finally someone told him about a position that was a step down in pay and prestige from his railroad job.

“I don’t think you’ll be interested, but there’s this,” the TPA official told him. The job title was Manager II. Illustrato accepted immediately.

“Everyone from my family to my employer thought I was nuts,” Illustrato said. “I loved my job at the railroad, but Florida, and this particular part of Florida, was just so appealing.”

That was more than 26 years ago. Illustrato is now the Vice President of Facilities and Administration for the Hillsborough County Aviation Authority. He heads the airport’s largest team. He oversees a diverse range of departments that includes Maintenance, Planning and Development, Ethics and Administration and Human Resources.

The combination came about as the airport administration was restructured under its new CEO. Illustrato’s varied professional and educational background and long history at the airport – more than a quarter century -- provide expertise and institutional knowledge that make Illustrato a natural leader during the current era of rapid growth and major transitions. During his tenure, Illustrato has served under all three airport bosses since it opened in 1971, and witnessed a series of major transformations.

“I think I have been able to help people through change,  which is constant in our business,” he said. “The role I am in now is a great opportunity for me to be a part of a multiple of aspects of the airport during these times of tremendous change, challenges and opportunities.”

He’s always remembered, he said, the words of one of his mentors from his first job, when he was 14 years old. Whatever your company needs, the mentor said, make sure you do it for them. That‘s what makes you a valuable member of the company. So, he said, he has always offered his expertise whenever he could, whether it was something that required an electrical engineer or an administrator.

Outside of work, his life is all about his family and his love of the outdoors.  He credits his wife, Lisa, for being a huge support for everything he does personally and professionally.  He is proud of his two grown children who taught him so much over the years.  His daughter, Elissa Bitner, still lives in the area and teaches at Roosevelt Elementary School. He is grateful for his elderly parents who gave him his great work ethic, and for his dad’s military service in WW II where he was wounded three times and received a Purple Heart.

“When I’m having a tough day in the office I look at my dad’s picture on my desk, and think, things are not that bad after all. It keeps me grounded,” he said.

Weekends are likely to find Al and Lisa enjoying the outdoors in the Tampa Bay area.  They love the nature and the weather just as much as they did when they first moved here nearly 30 years ago.

And even though he was drawn to the area by the lifestyle and not the airport, he’s found a home at TPA and credits his success and his contentment largely to his colleagues and coworkers.

“It’s the people,” he said. “l’ve been able to accomplish a lot just through many great people here.”